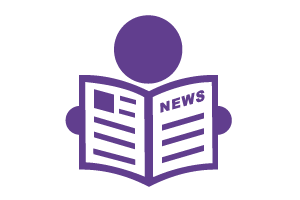 Childcare voucher schemes such as KiddiVouchers are a popular benefit, most often provided via salary sacrifice. On 9th March, the EAT handed down its ruling in the case of Laura Donaldson v Peninsula Services. The employee refused to join the salary sacrifice childcare voucher scheme as a clause required her to cancel her scheme membership during her period of maternity leave. An Employment Tribunal (ET) ruled that it was discriminatory to offer such terms on the grounds of sex citing sections 18 and 19 of the Equality Act.

Appealing this, Peninsula argued that as the childcare vouchers represented a salary “diversion” rather than sacrifice and thus counted as remuneration; therefore being exempt from the Equality Act. Their second argument was that it had not been the intention that Parliament to require employers to continue providing vouchers at a time when no salary could be sacrificed.

The EAT ruled in favour of Peninsula, concluding that there was no discrimination in this case. No legislative basis was found in respect of the HMRC guidance that childcare vouchers are a non-cash benefit. However, the Tribunal did stipulate that if childcare vouchers are provided in addition to salary, Regulation 9 of the 1999 Regulations requires that vouchers must be supplied during periods of maternity leave.

What this means for employers

It is not yet known whether Laura Donaldson will appeal this decision in a higher court, however if no appeal is made then ramifications could be huge for employers looking at their policies for childcare vouchers during maternity leave. Any employer reconsidering changing their maternity leave policy is strongly advised to take legal advice before doing so.